Hey Superintendent Richard Autry, What in the Hell is Going on Out in Rockdale County?

Posted on April 26, 2016 by thegeorgiacitizen

Hey Superintendent Richard Autry, What in the Hell is Going Out in Rockdale County?

Most public schools are going to hell in a hand basket. The students are not made to behave. In fact, they think that they run the show…and they do! MACE has been railing against this from MACE’s inception 21 years ago. We have written extensively about such non-sense (hundreds and hundreds of articles…and one 600 plus page book about it, The MACE Manifesto: The Politically Incorrect, Irreverent, and Scatological Examination of What is Wrong with American Public Education). But I never cease to be amazed at the weakness and stupidity of many school administrators. 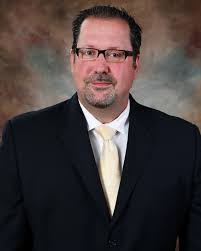 We have a situation in Rockdale County where a student engages in assault and battery against the teacher, and the superintendent apparently wants the teacher to agree to a five day suspension on the matter. Yes. You heard it right. The student assaults and batters the teacher, and Superintendent Richard Autry apparently wants the teacher to take a five-day suspension on the matter. (The school system apparently did suspend the student for five days.) Incredible and unconscionable. I say “apparently” because we plan on getting it straight from the horse’s mouth in short. Rockdale County. I remember the days when Dr. Sam King was the superintendent out there, and none of this kind of non-sense would have taken place. (Dr. King is now the superintendent, I think, in Norfolk, Virginia, but I have known him since his first day as Assistant Principal of Oliver Elementary School in Clayton County nearly 25 years ago.)

For the record: The school system has sent the teacher on an undetermined “administrative leave,” wanting him to accept this “deal,” under threat of termination.  Of course, OCGA 20-2-940(g) allows for the superintendent of schools to suspend a teacher, if the teacher’s actions are so egregious that they threaten the mission of the schools, but only for 10 days. Meantime, by the seventh day, the teacher has to be provided his or her complete due processes rights. He or she has to be presented a charge letter, outlining the school system’s charges against the teacher and also the time and place of the evidentiary hearing as well as giving the teacher notice of his or her right to counsel and right to subpoena powers (relative to documents and witnesses). None of this has been done in Rockdale County. The 10 day limit has long since expired. The teacher still languishes at home. Things are about to change. I feel sure. MACE is now involved. LOL! Hey, Mr. Richard Autry, wake up and smell the stink in Rockdale County. And while you are at it, try abiding by the Georgia Statutory Code. © GTSO, 2016.

1 Response to Hey Superintendent Richard Autry, What in the Hell is Going on Out in Rockdale County?