Posted on June 15, 2015 by thegeorgiacitizen 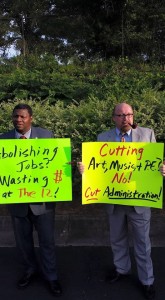 Last Monday, we went to the Central Office to meet with some people who could make things happen, but lo and behold!  Guess what?  One-thirty Trinity Avenue was virtually empty.  Yes, virtually empty.  The inhabitants were at The Twelve. 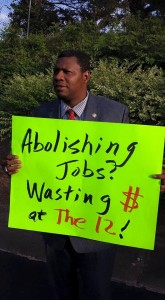 We see that Arlanta’s new and already embattled superintendent, Meria Carstarphen, wants to abolish a large number of Music, Art, and P. E. positions but she still wants to have a three-day conference for 200 APS Central Office educrats at the swanky Twelve Hotel in the elite and private Atlantic Station.  APS’s administrative costs per student already overwhelmingly dwarf what other school systems pay out per student.  And for what?  Very underwhelming results, especially when you deduct the systematic cheating on the standardized tests and the systematic cheating on the scoring of grades and the systematic cheating of changing of permanent record grades, the latter of which is more pernicious and egregious than cheating on standardized tests.