Posted on November 8, 2014 by thegeorgiacitizen

“Dr. Trotter and Mr. Haynes are true friends of public school teachers, and I know that when they write or speak on public education, everyone needs to take note. Every educator, young and old, and all politicians – legislators, school board members, and even superintendents – need to read The MACE Manifesto!” – The Honorable Darryl W. Jordan, Georgia State Representative 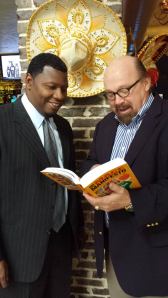 “As a former PTA President at a public elementary school, a public middle school, and a public high school, I appreciate the fact that The MACE Manifesto addresses the need for discipline in our public schools.” – Michael Robinson

“Dr. Trotter and Mr. Haynes are dealing with the unpleasant realities of today’s public schools – and, as a teacher, I can vouch for this!” – Dr. Jose Helena

“As a classroom educator, my life was changed by Dr. Trotter and MACE – and now we have The MACE Manifesto, the tour-de-force on public education!” – James (Gunny) Yawn 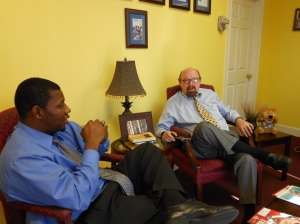 “Dr. Trotter and Mr. Haynes have been fighting for teachers for years, and as a son of two Georgia school teachers and as a Vice Chairman of a Georgia public school board, I know the importance of the message of The MACE Manifesto!” – Attorney J. Anderson Ramay

“The MACE Manifesto is the inconvenient truth about what goes on in our public schools – and especially in our urban schools. I know. I spent my whole career as a teacher in the Birmingham and Atlanta schools.” – Charles Melton

“From my educator’s perspective, The MACE Manifesto is the Bible on public education!” – Bo T. Oates

“As a former teacher and a former school board member, I am excited that a book finally tells it like it is on public education.” – Linda Crummy

“Each page is RADIOACTIVE!” – Benjamin Barnes

“I spent my career as a teacher and an administrator in two urban schools systems, and Dr. Trotter and Mr. Haynes are right on target in The MACE Manifesto.” – Mark Harris

“As a former teacher and a current administrator, I know the importance of good teaching conditions, and this is what The MACE Manifesto is all about.” – Lee Carter

“Yes, we are going to endorse our own book. It is an impressive manifesto. We’re not falsely modest. In this educational treatise, you will gain many insights about how American Public Education operates. You will learn about how newly appointed superintendents come to town with ropes around their necks, barely escaping the last school system alive but the search firm pimps put cheap perfume on them, recycle them, and sell these educational sluts to other unsuspecting school boards.

“You will learn how the publishing and software industries (most notably Pearson out of London, England and Bill Gates of Microsoft) are driving the American Public Education agenda with an indoctrinating, watered-down, dim-witted, drivel-type, homogenized, and nationalized curriculum called Common Core which is aligned with the values of UNESCO and not necessarily with the values of the local community.

“We show you how the standardized tests have become the false gods of American Public Education and how three essential elements for learning are completely ignored by the ‘school deformers’ – discipline, aptitude, and motivation.

“We deal with subjects that others either don’t know shit about or have parakeet balls and are afraid to broach.

“You will understand that trying to find a school administrator who supports teachers to the hilt and demands that students behave in the classroom is like trying to capture dinosaur farts and bottling them for the Smithsonian. They are just that rare!

“You get it all here…with panache and street cred. Forget hollow platitudes. We give it to you straight…right in the gut!” – Dr. John Trotter and Norreese Haynes

What in the Hell is The MACE Manifesto?

The MACE Manifesto is a gonzoistic explanation of what is really wrong with the institution known as American Public Education (APE) – with no holds barred. In the parlance of professional wrestling, it may resemble a Texas Cage Match. A gonzo style of writing is written in the first person, uses the vernacular, is loaded with details, and makes no high-minded and hypocritical claims of objectivity – and, quite frankly, doesn’t give a rat’s ass whom it might offend. In fact, Trotter and Haynes state clearly that they intend to offend. 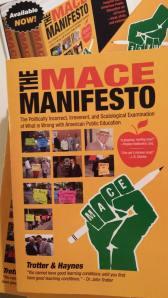 Trotter and Haynes bewail the teaching conditions in America’s public schools, especially in the urban schools. Unlike the common and trite analyses of the so-called school reformers, Trotter and Haynes do not lay the blame of the ills of public education at the feet of the classroom educators but at the feet of the “numbskull” and “dumbass” politicians, policymakers, superintendents, and administrators. They go a bit light on the elected school board members, describing them as too naïve to the games of the school system’s “sluts,” “pimps,” and “bitches” who, according to Trotter and Haynes, have razed any common sense in the school systems, causing the systems to become mental and moral wastelands.

Trotter and Haynes are not calling for more school “reformation” but for a complete return to the ways of the days which produced literate citizens who, upon graduating from high school, could write cogent paragraphs, deftly multiply and divide numbers in their heads at cash registers when buying something, know the difference between George Washington and the Revolutionary War and Abraham Lincoln and the Civil War, and generally were culturally literate. The Cromwellian Revolution of School Reform of the last 30 years has resulted in the teachers being denuded and dethroned in their own classrooms. The teachers need to be returned to power. They need to be the kings and queens of their classrooms once again. Order needs to be restored, and when order is returned to the classrooms, learning will take place.

Readily acknowledging that public education is on life-support, Trotter and Haynes assert that it is tragically sick largely because of the asinine rules and regulations that the State and Federal governments have intravenously administered to the collective school corpus. The most recent invasive viruses injected into the collective school corpus in America have come about by the ideas pushed by the American Legislative Exchange Council (ALEC) and vulture philanthropists and denizens like Bill Gates and Eli Broad and their devoted acolytes, U. S. Secretary of Education Arne Duncan and his sidekick and educational charlatan, Michelle Rhee.

Trotter and Haynes make a strong case for detoxifying public education in the United States with a series of metaphorical enemas. “The real problem with public education is that the teachers have been stripped of their power and authority in the classroom – over both curriculum and classroom discipline,” they contend. They often quote the MACE Mantra: “You cannot have good learning conditions until you first have good teaching conditions.” 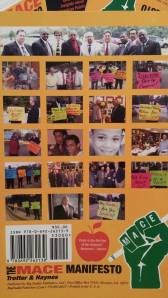 Big Daddy Publishers did what other publishers were probably too nervous to do…publish this manifesto with all of its edginess. This manifesto will prove to be a “timeless classic” on public education and is indeed “a gripping, riveting read,” as Attorney Haliburton describes it. Trotter and Haynes take on the richest person in the world, Bill Gates, who, along with his wife Melinda, is more responsible for pushing the Common Core Standards (as well as unlimited Charter Schools and Merit Pay Evaluations for teachers with their students’ test scores largely factoring into the teachers’ final evaluation) on the public schools nationwide, thus nationalizing and homogenizing this mushy and feckless curriculum and enabling his company, Microsoft, and other companies to reap financial dividends thereof. Trotter and Haynes tear into Bill Gates and his Common Crap Curriculum perhaps like no one else in the country. Literally, Gates has given millions upon millions to other unions and colleges of education throughout the country, effectively shutting down criticism from these organizations.

Trotter and Haynes took on other public figures and public officials, squarely calling a spade a spade. They did not boringly and placidly measure their words. “We told the truth about certain public officials and public figures and let the chips fall where they fell,” quipped Dr. Trotter. “I had so many lies told on me when I was an elected official,” laughed Mr. Haynes, “that we thought that it was time that the truth be told, and truth is the absolute defense against libel.”

MACE was founded in 1995. The MACE Mantra has been from the beginning: You cannot have good learning conditions until you first have good teaching conditions. And, yes, MACE does devour administrators who abuse teachers. MACE does not allow administrators or supervisors to join, and if a teacher becomes an administrator or supervisor, this person can no longer remain a MACE Member. MACE is not mad at them. MACE just has to make sure that there is no conflict-of-interests. This is a major reason that the other unions are so ineffective. They have built-in-conflicts and don’t really know who they are representing. MACE protects and empowers Classroom Educators…one member at a time.