Posted on August 31, 2013 by thegeorgiacitizen

Well, well.  It’s looks like controversy just follows Edmond Heatley wherever he goes, whether he served as a superintendent in Chino Valley, California or Clayton County, Georgia, sought another superintendent’s job, or when he finally was named the “Commissioner of Education” in a foreign country, Bermuda.  Heatley, in our opinion, was the most disliked superintendent in over 30 years in Clayton County.  He apparently left with a cloud over his head in Chino Valley, California, having closed several schools which drew the ire of the public.

Heatley is what I call “an educational slut,” viz., someone who is willing to bounce all over the country and even into another country to secure a top educational post.  He apparently has attempted to secure a superintendency in Nevada, Florida, Berkeley, California, and Dallas, Texas.  Now he appears in Bermuda, and, apparently, all hell has broken loose!  LOL!

We noticed that this blog (Georgia Teachers Speak Out!) ended up in a headline article last week in The Bermuda News.  Here is nearly 32 minutes of news conference (only 32 minutes are shown on this YouTube clip) which is Warren Jones’s attempt to explain why Edmond Heatley was hired in Bermuda. 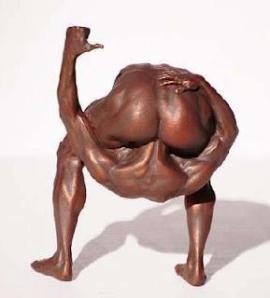 Why do school board members go around with their heads up their asses when hiring these jokes for superintendents?